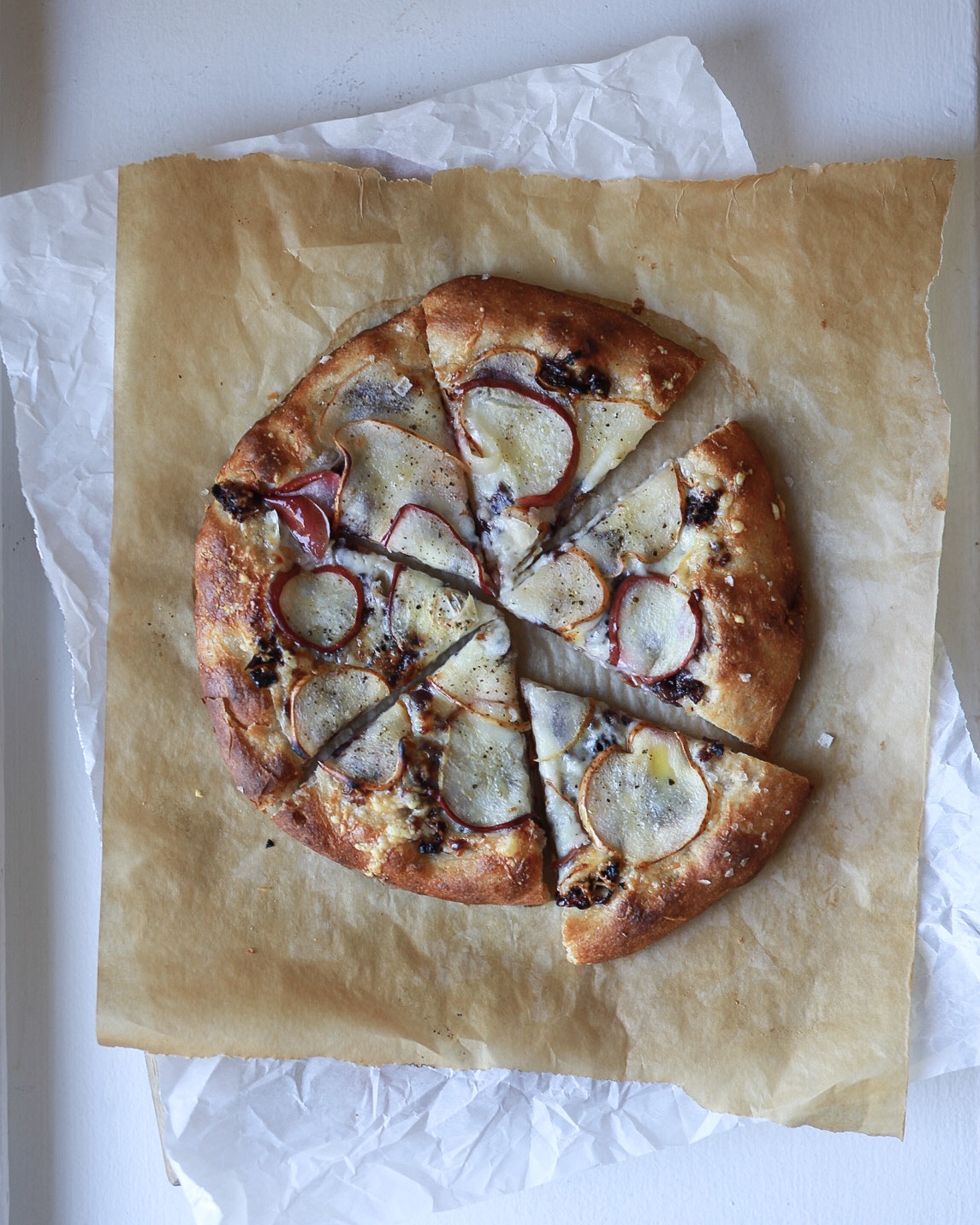 So, I realize that this pear pizza the third sourdough discard recipe to appear on this blog, but, what can I say, I have a lot of discard starter to use up! Constantly.

Also, when someone proposes an intriguing recipe collaboration, I have trouble saying no. Thus, when USA Pears invited me to develop a pear pizza recipe, my head immediately started buzzing with ideas, all, of course, involving a sourdough crust.

Really, it didn’t take me long to settle on a topping combo: I pretty quickly decided to go vegetarian, and since I already had some Manchego hanging out in my fridge, that seemed like a good starting point. Caramelized onions were also a no-brainer. (The only twist here is that you deglaze the frying pan with red wine, which adds another layer of flavor.)

The crust is not really a new recipe: Following the lead of Tartine Bread (my bread bible), I simply used a half recipe of the country loaf dough that you can find in the blog archives. After the bulk rise, instead of shaping the dough and letting it proof in a banneton, you just plonk it in a lightly greased bowl, refrigerate it for half an hour while the oven heats, then shape, top, and bake.

The resulting pizza is rich and savory and sweet and awesome. For another layer of texture and flavor, you can toss on some fresh baby arugula and toasted walnuts after it’s out of the oven–they add a bitter note that is a nice complement. But the pizza is also delicious without those embellishments. 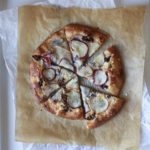 Pears, manchego, and red wine-infused caramelized onions top a crisp and flavorful crust made with discard sourdough starter. The dough is adapted from Tartine Bread.