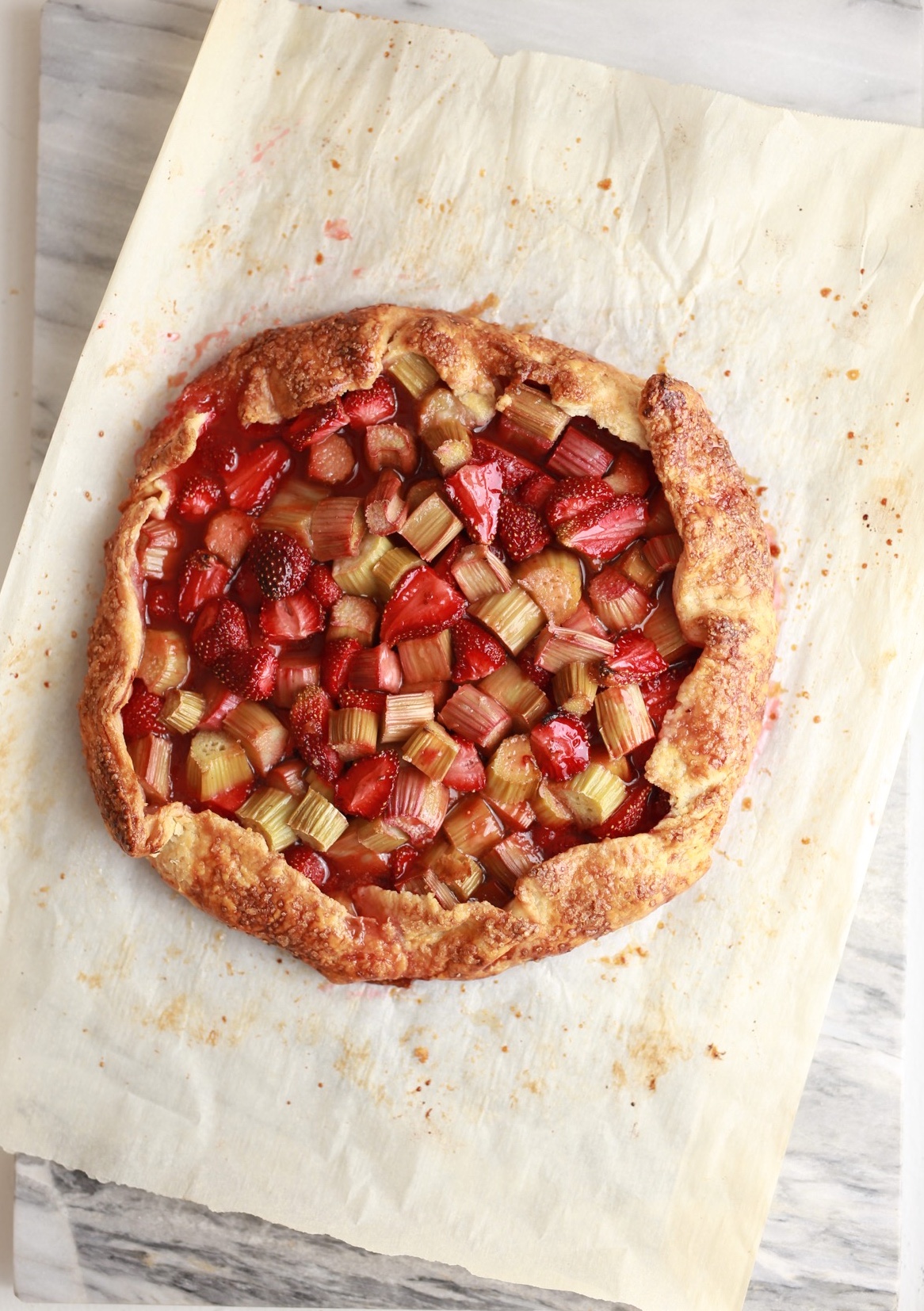 This galette was one of those last-minute, improvised bakes that happily turned out quite delicious. And yes, I know I’ve been posting an enormous number of rhubarb-filled recipes, but, what can I say? I’m obsessed.

The first time I baked this, my crust was not especially neat, and there was a major strawberry-rhubarb-juice explosion in the oven. It was a happy disaster, though. Anxious not to lose all that sticky sweet liquid, I just went in with and spooned the bubbled-over liquid back onto the galette filling, which created something of a glaze. The second time I made the galette, I was neater with the crust. I also cut down the sugar a bit and used slightly less fruit in the filling. That meant less of a strawberry-rhubarb explosion, but there were still some bubbled over juices to be spooned back on top. The picture above is from the second bake. Here’s the original:

The galette crust is loosely adapted from Yossy Arefi, at Apt. 2 Baking Co. The rose-flavored filling–genius!–is also inspired by a recipe by Yossy Arefi, as adapted by Alanna Taylor-Tobin at The Bojon Gourmet. 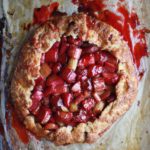 Make the pastry for the crust:

As with all pie crusts, the key to the pastry here is to keep your ingredients cold, cold, cold. Sometimes I actually pop the whole bowl and pastry blender in the freezer for a minute after cutting in the butter and cream cheese, before adding the (cold) sour cream.

I’ve given a range for the amount of sugar because there are virtues to both a super-sticky, bubblingly sweet filling, and a tart, somewhat more staid, affair. Feel free to adjust to taste.