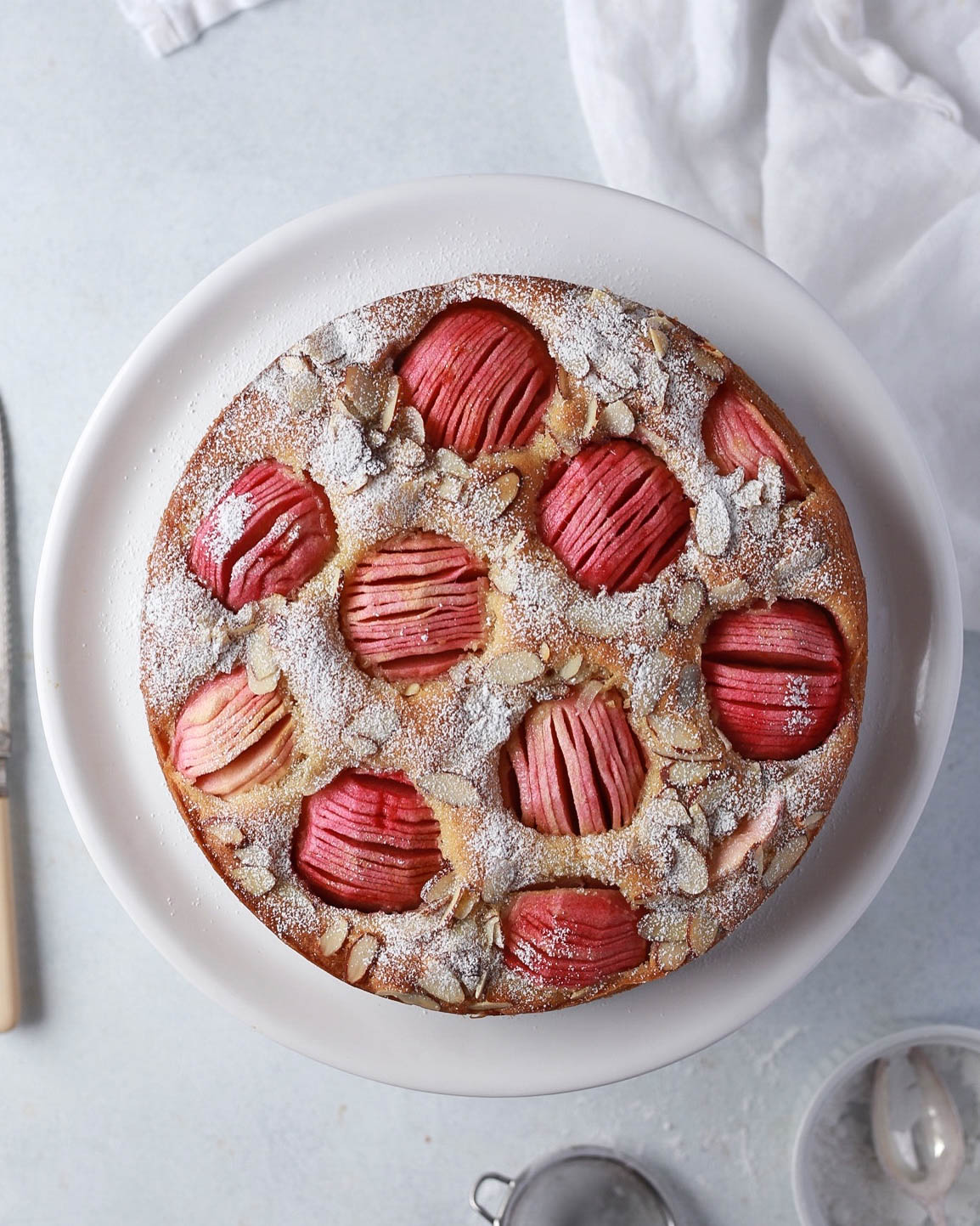 Choosing what to bake is always a tug-of-war between my eagerness to try new recipes and the comfort of returning to old favorites, perhaps with a small twist or two. I made the Smitten Kitchen sunken apple and honey cake for the first time a couple of years ago and was instantly, well, smitten. It’s a variation on the traditional German versunkener apfelkuchen (translation: sunken apple cake), which features apple halves sliced partway through like hasselback potatoes, which dot the surface of a not-too-sweet, egg-white-lightened cake batter. The visual effect is pretty and whimsical. I’m a sucker for whimsy.

The Smitten Kitchen innovation was the addition of honey in the batter and a salted honey glaze (which is awesome), and while I love that version, I decided to experiment with replacing the honey with maple syrup. That worked nicely. However, the one quibble I had with the original recipe was that, for me, the cake always turned out ever so slightly dry, which also happened with the maple syrup variation. This year, it occurred to me that I might resolve that issue, and add additional layers of flavor and texture, if I made it a maple-almond sunken apple cake–specifically, if I replaced some of the flour with blanched almond meal, added a dash of almond extract, and sprinkled flaked almonds on top in between the apples.

Well, I tried it, and I have to admit, I was pretty pleased with myself. The resulting cake is slightly moister than the original, and the almond pairs pairs beautifully with the maple and apples. For the cake you see here, I used the last of the precious “pink-a-boo” apples I found at a Farmers’ Marker in NYC, but you can use any type of crisp, flavorful apple. Just choose small- to medium-sized specimens. The cake is perfect with an afternoon tea or coffee, for a slightly indulgent breakfast, or as a not-too-sweet dessert. 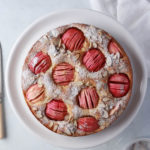