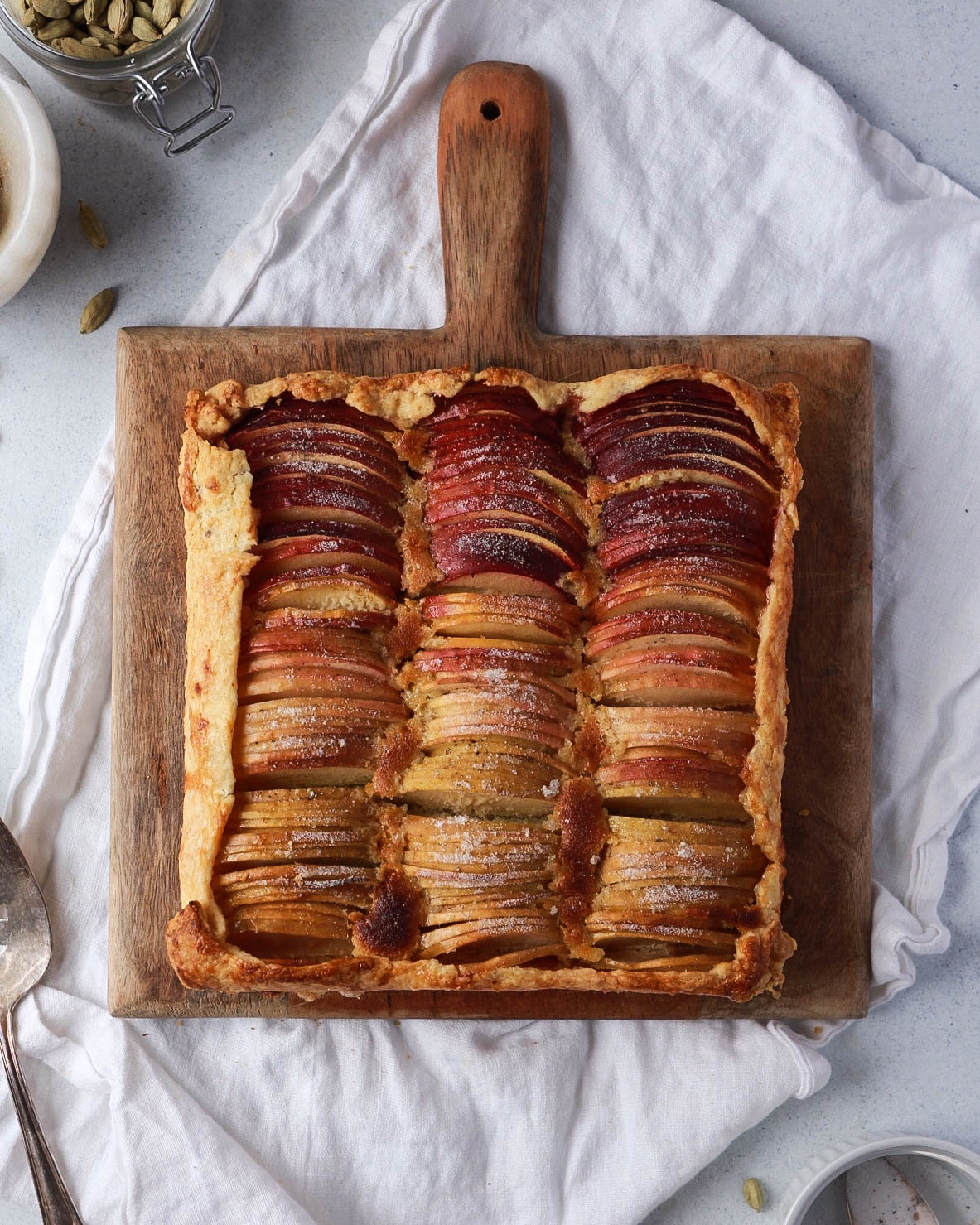 I hosted Thanksgiving dinner for the first time this year. I did it all, and I went traditional. Turkey. Stuffing. Sweet Potato Casserole. Apple Pie. The apple pie was in fact a salted apple cider caramel apple pie, with a fancy herringbone lattice crust. It looked great, and people *said* it tasted good, but, to be honest, I wasn’t thrilled.

A couple of days after Thanksgiving, however, I pulled some more apples out of the crisper and made another pie. Okay, really a tart. Or maybe a galette? Regardless, it had a flaky all-butter crust, a layer of honey-almond frangipane, rainbow-hued apple slices, and a sprinkling of cardamom sugar. It was awesome, and came together much more quickly than my fancy lattice-topped pie. I wish I’d made it for Thanksgiving.

I call this a “rustic tart” because it’s baked in a tart pan (which helps support the crust and the very intense amount of apples), but the crust is just folded over, as in a galette. You can use any kind of crisp flavorful apples you like, but using varieties with different colored skins and arranging the slices from darkest to lightest with give you a very pretty rainbow/ombré effect. I used the old Smitten Kitchen “all-butter, really flaky” pie dough, but feel free to use the crust recipe of your choice, keeping in mind that we’re going for flakiness! 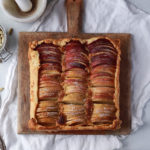 A semi-free-form tart filled with honey-almond frangipane and a rainbow of apple slices topped with cardamom sugar.