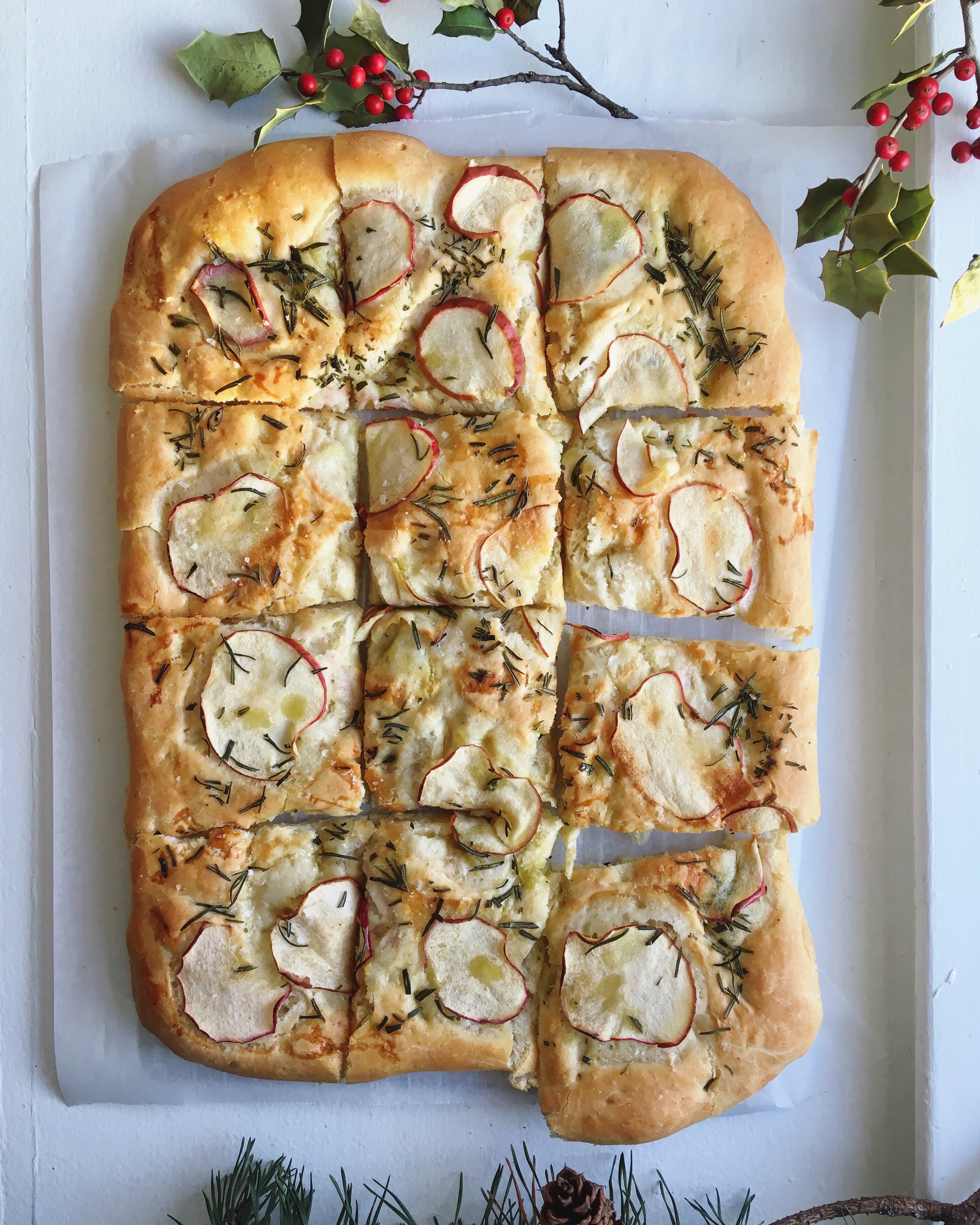 One reason I became a practicing lawyer, rather than an academic, is that I like being given problems to solve rather than having to come up with the problems myself. I think I generally do best when I am given a specific challenge to guide my productivity. This applies to my baking projects as well. Although in the last several months I’ve concluded that I do have some creative impulses, my creativity is unleashed most often when I get an external jolt of inspiration. This apple and rosemary focaccia is a case in point.

The world of Instagram still is relatively new to me, so when I received a message from someone at Della Pace, a woman-owned olive oil company, asking if I’d be interested in a “collab,” I had to ask “what’s a ‘collab’?” In this case, I found out that it meant receiving some lovely extra virgin olive oil, and then baking something with said olive oil, photographing the result, and posting it on IG. A project! Browsing a few recipes already on the Della Pace website, I saw one for an apple cake. Apples + olive oil… What about apples + rosemary + olive oil? Focaccia popped into my head. A bit of internet browsing later, I had a plan.

The focaccia below is based on a recipe from the King Arthur Flour website. It includes some sourdough starter, which adds a lovely complex flavor. However, the King Arthur Flour recipe includes directions for making a “sponge” with commercial yeast, which you could certainly substitute here if you don’t have a starter going already. The main changes I made to the recipe were to slightly reduce the salt and add a bit of honey to the dough, and then add apples, more honey, flaky sea salt and a bit more olive oil for the topping. The apples are unpeeled and thinly sliced–if you use a red-skinned variety the visual effect with the rosemary is quite festive. 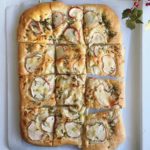 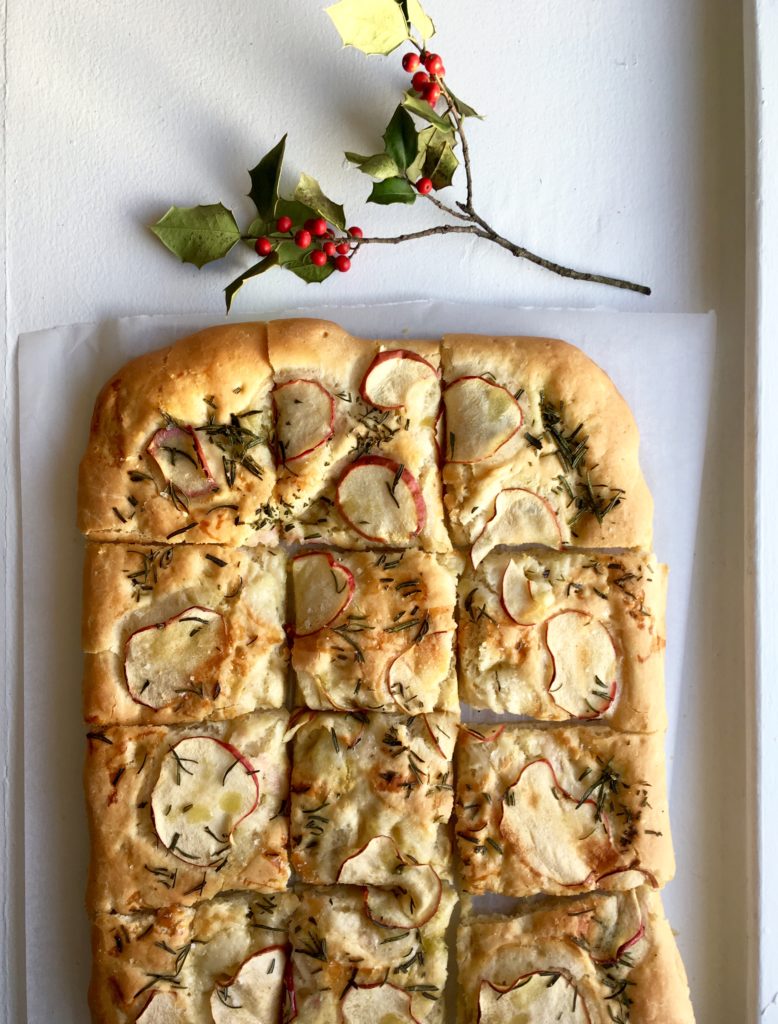 3 thoughts on “Apple and Rosemary Focaccia”