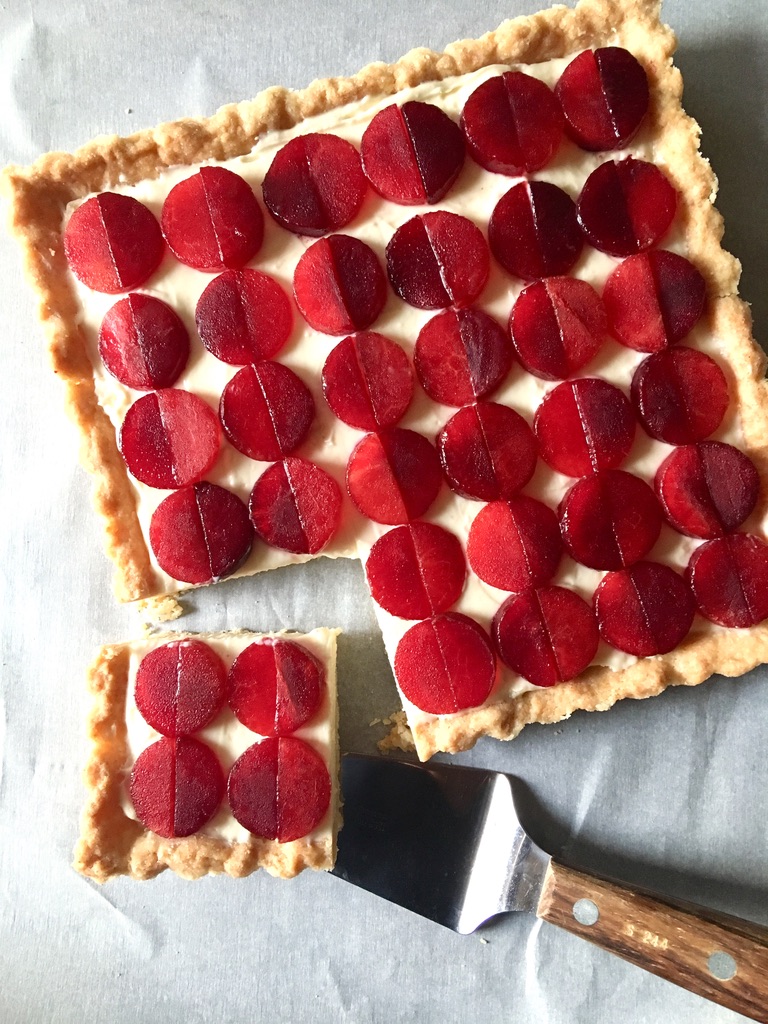 I’ll admit it, sometimes my recipe ideas begin with an aesthetic vision, and the flavors follow. In this case, inspired by jewel-like plums, plumcots, and pluots at the Farmers’ Market, I had a vision of a tart topped with alternating half-moon plum slices in pink and red. From plums, my thoughts turned to honey and ginger and mascarpone. I’d also been intrigued by various no-bake cheesecake recipes that had popped up in my internet searches. And I’d just bought a square tart pan, which I was eager to deploy.

So the vision took shape: A plum or plumcot tart with a no-bake honey ginger mascarpone cheesecake filling. The only hitch was the crust. My standby tart crust as of late has been the sweet pastry dough recipe in Julie Jones’ cookbook Soulful Baker. But I’d just moved, and all my cookbooks were packed away. I figured a quick internet search would turn up an appropriate substitute, and quickly settled on a recipe from a reliable website. It was a standard sweet shortcrust, which I confidently mixed together and baked. What emerged was an unevenly colored (okay, burned), crumbling shell. In other word, a total failure. I wondered if I should go a different direction, perhaps a shortbread crust?

Fortuitously, as I was scrolling through my DVR’d episodes of America’s Test Kitchen, I saw that the next episode in my queue featured a fresh fruit tart  That seemed promising, and, indeed, it proved to be exactly what I was looking for: a shortbread crust with the bonus of browned butter; a perfect complement to the plums, honey, and ginger. 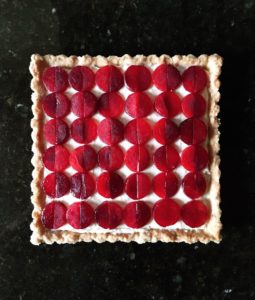 This tart is obviously flexible. You can use any plums or plumcots, though red- and pink-fleshed varieties will be prettiest. I used a cookie cutter to cut circles from 1/4 inch plum and plumcot slices, which I then halved. I attempted to alternate darker and lighter red half moons. You could also forgo the cookie cutter fiddling and simply layer plain plum slices atop the mascarpone filling. 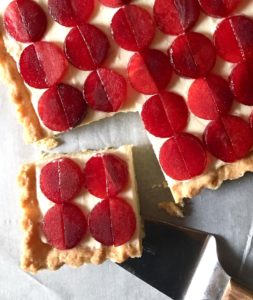 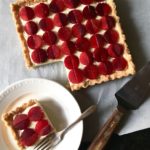